Data refers to a wide range of information that a user generates while interacting with technology, such as social media sites, commerce sites, etc. The technological giants like Facebook, Twitter, Amazon, and Google have a wide spectrum of information regarding the likes, preferences, behaviours, etc., of their users. This information has the potential to bring about disruptive changes in the country where these institutions function. With the emergence of Artificial Intelligence, Data Analysis, and tools of the Fourth Industrial Revolution, this large quantum of data can be analysed and put into perspective as per the needs and utility. Data thus generated, and analysed, can be potent tools for both constructive and destructive forces.

“Data is seen as the new fuel of the modern world”, using which we can bring changes in the administration, execution of projects, and pave the path for inclusive development. But on the flip side, these data can be used for various unethical acts like establishing a monopoly by eliminating competitors, subverting democracy, influencing the behaviours of the consumers by bombarding them with repeated advertisements, or violation of privacy. There have been concerns about the abuse of data than its constructive use. The world has witnessed how data can be manipulated for influencing election results, as was manifested in the Cambridge Analytica case. This case was held responsible for the defeat of Hilary Clinton and thus, preventing the USA from getting its first woman President.

Data taken from various social media sites were sold to third parties and it was later analysed and sold to the campaign of Donald Trump, who allegedly used this information to foment anti-Clinton sentiments in the USA. As netizens, we need not wrap our heads around the authenticity of this claim made in America, but there are more worrisome facts that we need to reckon with. Ours is still a nascent democracy, with a low rate of literacy, deeply divided citizens based on caste, religion, race, ethnicity, etc. These fault lines in our political system can be misused by any technologically driven company. Under such circumstances, political leaders will become puppets in the hands of tycoons. In the case of America, there are stricter laws like the Anti-Trust Law and various other mechanisms like summoning the chief of Facebook or Google and asking them to explain their position concerning breach of Privacy or else. But, in the case of India, such action against corporates seems unlikely, since there exists a complex nexus between the government and the corporates. This leaves citizens at the mercy of fate or coincidence.

The effect of surrendering the data in the hands of these MNCs is not confined only to the extent of polity, rather it encompasses economy, society, or our existence per se. The power of data could be utilised by big firms to prevent new startups from flourishing by creating barriers in the path of budding enterprises. This could have the ultimate effect on a nation's GDP, employment generation, and government revenue. Recently, there was an incident where it was alleged that Google Play prevented some apps from being downloaded. All these happenings could accelerate in the future if this situation is not looked at meticulously.

Every individual is born with liberty and has a natural right to exercise their free will. The concept of free will supposes that every individual is rational and can make their own decisions without any external influences or pressure. But in the era of data-driven technology, the idea of free will is eroding and the fact is that not many know it. It is just like cancer metastasizing inside your body. Our data is used as a weapon against us to mould our behaviour. The idea of our free will is influenced by what is shown to us. As it is said, if you keep lying about things, it starts gaining currency and eventually becomes an established truth. This is where technology companies come into the picture. Repeated broadcasting of lies eventually makes it true. Under such circumstances, it becomes difficult to distinguish whether our thoughts are organic or are influenced by external factors.

Right to privacy, which is seen as an inherent part of our existence, stands at much disadvantage in this era. Facebook and Google in the USA are accused of stealing the data of their users and selling it to third parties without consent. And the more gruesome fact is, these companies do it with impunity. Companies dealing in technology are often transnational and therefore in possession of a plethora of information, which is often stored in their parent country, where they are more powerful and can put this information into any use they like. It is due to this reason, the regime of data localisation must be strengthened. Data localisation as a concept advocates that data generated in the country must be stored in the country where it is generated. Data localisation has the potential to minimise the misuse of data against one's own country, at the same time it enables the country to establish better control over data usage.

Data provides a key to unlocking lots of potential areas for the growth and development of a country. It can make our administration people-oriented and plug the gaps between the government and the governed. But in the present world, monstrous technology giants hunt data to expand their interests by jettisoning the interests of the countries where they operate. It is cardinal for sovereign countries to develop a framework for technology companies to work within. A broader understanding within the purview of international organisations like G-20 or the World Economic Forum(WEF) would play a greater role in this direction. Allowing these giants to work on their own could make these companies a master and it would be tough for the governments to come out from their clutches.

Private companies often work to expand their arena of profit by aligning with the government of the day. At the same time, every political party wants to come to power by hook or crook. This politico-bureaucratic nexus thrives by compromising/manipulating data. For instance, in India, crony capitalism is a buzzword because large corporates favour quid pro quo in that they make available the humongous resources at their disposal to political parties to curry favours when the latter comes into power. The need for a strong civil society and empowered public institutions was never more pressing. India is standing at a crossroads, where it has to make tough decisions, such as ensuring corporate accountability and administrative transparency. Till then, we will be at the mercy of data miners, who will threaten our nation's stability and our political preferences. 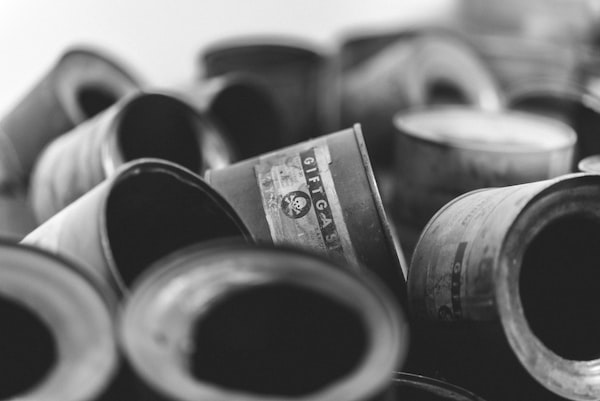 Jolly’s arrest came as a shock for many as she had carefully cultivated the image of an ‘ideal woman and daughter-in-law’. She would take good care of her in-laws, maintain cordial relations with her neighbors and relatives, go to church, take her sons to Sunday schools, and gift cakes at Christmas